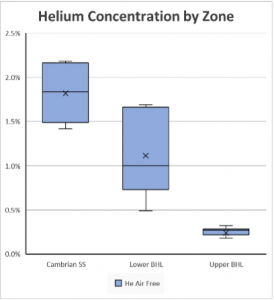 As part of the comprehensive geological evaluation of the area, core and log analysis indicate excellent reservoir quality rock over multiple horizons in the Beaverhill Lake and Cambrian formations. The Company has also successfully completed its initial environmental assessment of the property.

“The entire team is excited to be moving into this next phase in the of development our properties,” commented Chris Bakker, Avanti Energy CEO. “The data from nearby wells, along with the extensive geological and geophysical analysis, have led our team to believe that these targets constitute the ideal locations for our 2021 drilling program and achieve the goal of confirming our geological models and discovering helium,” concluded Mr. Bakker.

Avanti continues to evaluate multiple opportunities across Western Canada and the United States to build an industry-leading helium company with a premier portfolio of prospective lands.

Avanti Energy is focused on the exploration, development, and production of helium across western Canada and the United States. Avanti’s professional oil and gas exploration and production team is actively targeting untapped potential helium reserves to help meet the increasing global demand for an irreplaceable and scarce element critical to advanced technology, medical and space exploration industries. For more information, please go to the Company’s website at www.avantienergy.com.

The information set forth in this news release contains forward-looking statements that are based on assumptions as of the date of this news release. These statements reflect management’s current estimates, beliefs, intentions and expectations. They are not guarantees of future performance. The Company cautions that all forward-looking statements are inherently uncertain and that actual performance may be affected by a number of material factors, many of which are beyond the Company’s control. Such factors include, among other things: risks and uncertainties relating to the Company’s limited operating history and the need to comply with environmental and governmental regulations. Accordingly, actual and future events, conditions and results may differ materially from the estimates, beliefs, intentions and expectations expressed or implied in the forward-looking information. Except as required under applicable securities legislation, the Company undertakes no obligation to publicly update or revise forward-looking information.

Neither TSX Venture Exchange nor its Regulation Services Provider (as that term is defined in the policies of the Exchange) accepts responsibility for the adequacy or accuracy of this release.